We spent the morning opening our cards.  Ruth phoned and I phoned Mandy as it was her birthday.  Mary and Jamie called round with a present and yellow roses.  Jeanette called later with a Silver Anniversary rose.

In the evening, James and I went to the Shaw Country Hotel at Melksham for a meal.

We had previously spent 5 nights in London from 20th - 25th February seeing the sights and went to the shows Cats, Chicago, Phantom of the Opera and Buddy.

On Saturday 2nd March, we had a party in the Peace Memorial Hall at North Bradley.  58 friends and family came and also 4 children.

These links will take you to some more pictures. 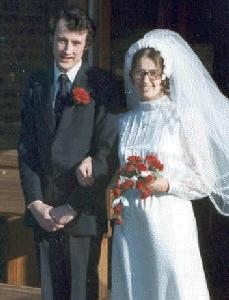 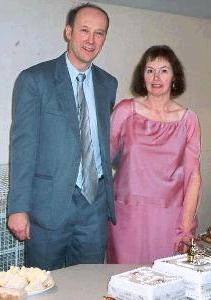